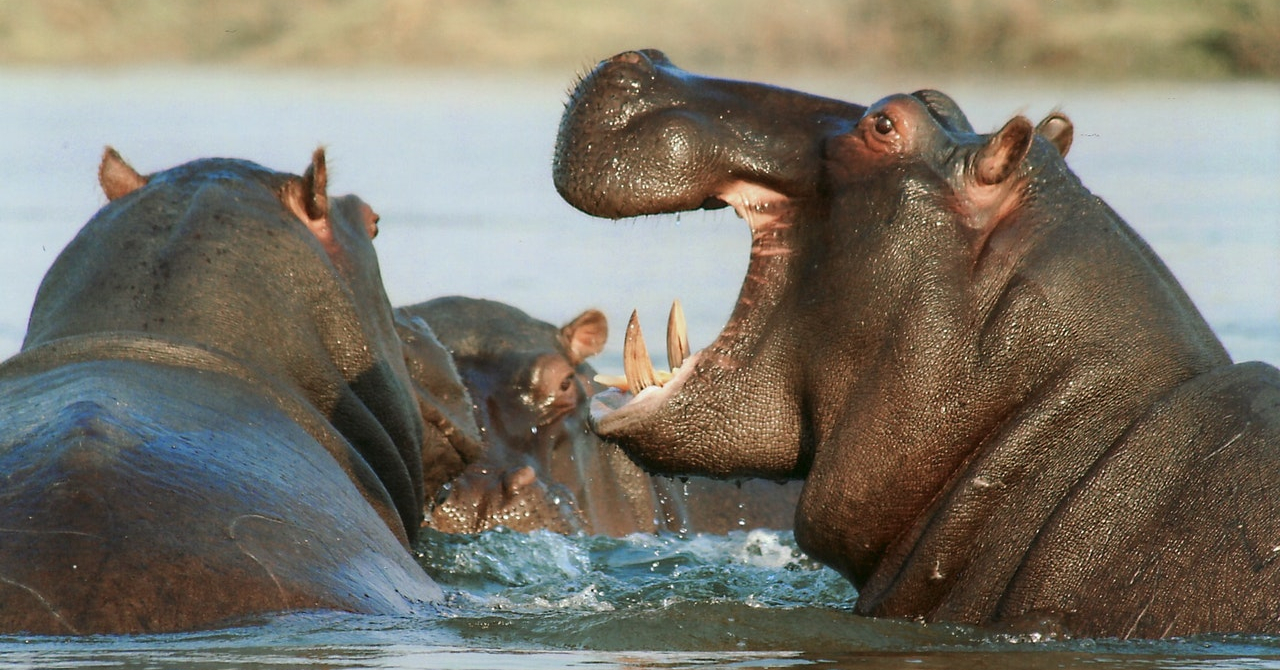 The hippo is responsible for more human fatalities in Africa than any other large animal. Hippos kill nearly 3,000 people every year. Male hippos actively defend their territories which run along the banks of rivers and lakes. Females have also been known to get extremely aggressive if they sense anyone coming in between their babies, who stay in the water while she feeds on the shore. Hippos can run at speeds of over 20 miles an hour and they have enormous jaws which host up to 20 inch canines.