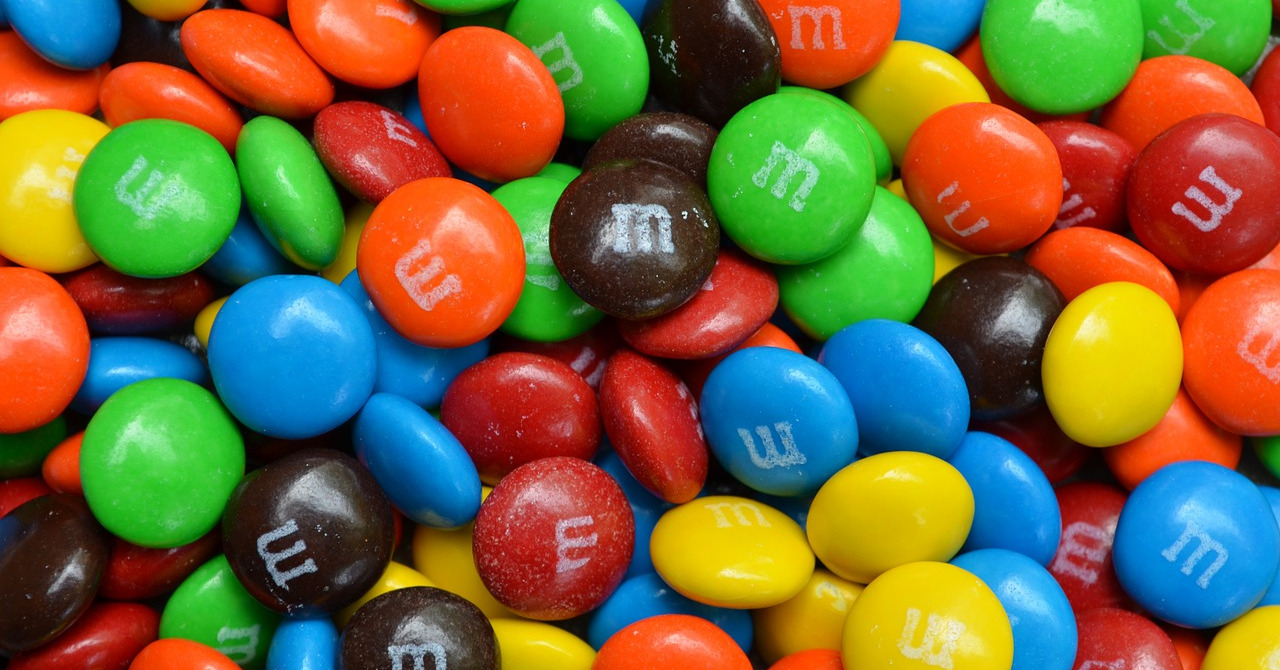 M&M’s are based on the older British product, Smarties. Forrest Mars Sr. saw soldiers during the Spanish Civil War eating chocolate pellets that were coated in sugar to prevent chocolate from sticking to their fingers. After the rights were purchased by Americans Forrest Mars Sr. and R. Bruce Murrie in 1939, they had to reintroduce them to the domestic market with a different name because there was already a candy product sold in the U.S. under the name Smarties. To identify their new brand, they combined the first initials of their last names: M & M. M&M’s were first sold in the United States in 1941.