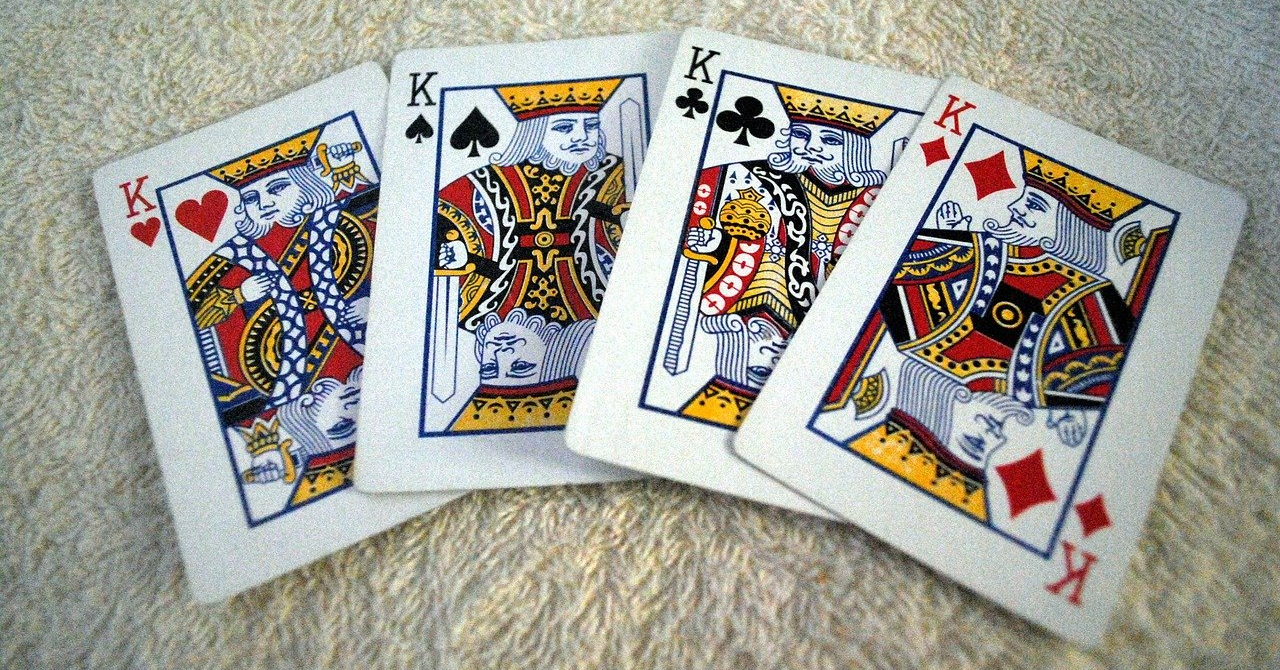 The king of hearts is sometimes called the “suicide king” because he appears to be sticking his sword into his head. However, it is debated whether or not the sword and hand holding it actually belong to the king, due to a different design pattern that could indicate someone else stabbed him.

At one time, the King of Hearts represented Charlemagne, the King of Diamonds Julius Caesar, the King of Clubs Alexander the Great and the King of Spades was King David from the Bible. According to John Berry’s book The Playing Card, the identities were given by the French who were instrumental in bringing the pleasures of card playing to people in Europe and the New World. According to Berry, the king of hearts had a moustache, as did, apparently, King Charlemagne. The moustache was lost through poor copying of the design.