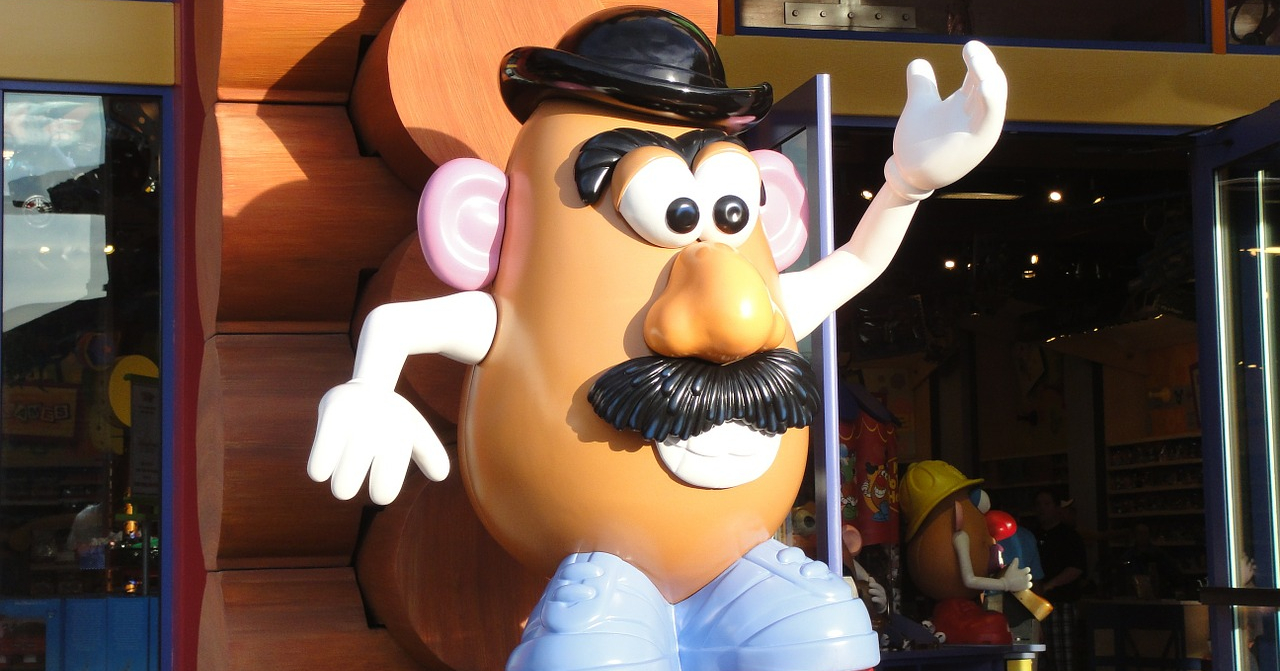 Mr. Potato Head is an American toy consisting of a plastic model of a potato which can be decorated with a variety of plastic parts that can attach to the main body. The toy was invented and developed by George Lerner in 1949, and first manufactured and distributed by Hasbro in 1952. Mr. Potato Head was the first toy advertised on television and has remained in production since its debut.

The toy was originally produced as separate plastic parts with pushpins that could be stuck into a real potato or other vegetable.